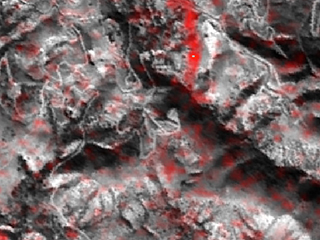 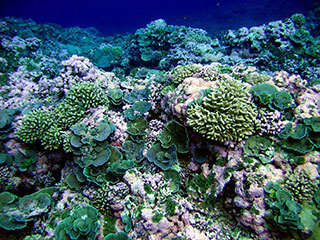 Five things about coral and CORAL

It is not news that Earth has been warming rapidly over the last 100 years as greenhouse gases accumulate in the atmosphere. But not all warming has been happening equally rapidly everywhere. Temperatures in the Arctic, for example, are rising much faster than the rest of the planet.

Patrick Taylor, an atmospheric scientist at NASA's Langley Research Center in Hampton, Virginia, says that one of the main factors for the Arctic's rapid warming is how clouds interact with frozen seawater, known as sea ice.

These interactions influence the Arctic’s albedo feedback, which is a term scientists use to describe changes in the amount of solar energy absorbed by the Earth due to changes in the Earth's albedo caused by increased greenhouse gases.

The Earth's albedo is basically the fraction of sunlight that it reflects. Understanding what influences the Arctic’s albedo is particularly important, as its bright snow and ice make it one of the regions with the highest capacity to reflect solar energy.

Taylor's observations were possible thanks in part to new technology like NASA’s CALIPSO and CloudSat missions and an enhanced data product fusing together these unique instruments, which have been orbiting the planet since 2006 to provide more accurate measurements of clouds.

"The unique ability of CALIPSO and CloudSat instruments to provide very accurate knowledge of the vertical distribution of clouds was critical to this study," Taylor said.

Previous ideas about the Arctic were that its warming would likely be buffered — or slowed down — during summer by clouds, and Taylor explained why it’s reasonable to think that would happen in the summer. Arctic summers mean more sunlight to melt sea ice, which historically has covered huge areas of the ocean. Less sea ice results in the ocean absorbing more solar energy, causing it to warm, but then also allows for more water to evaporate into the atmosphere.

And since water droplets and tiny ice particles make up clouds, increased water vapor could result in cloudier skies that could then reflect sunlight.

"If the clouds were to increase in summer, that would then slow down the rate of melting," Taylor said. "That has been the thinking for a lot of years."

However, Taylor has been finding that the role of clouds and sea ice for Arctic climate change may be more complex than previously hypothesized. Using CALIPSO-CloudSAT satellite observations spanning from 2006 to 2010, he showed that cloud concentrations differed between ocean and sea ice much less than previously thought in summer.

His findings, which also showed an increase in clouds during fall season, were published in the Journal of Geophysical Research: Atmospheres.

"There's no cloud response in summer to melting sea ice, which means it is likely that clouds are not slowing down the Arctic climate change that is happening—clouds aren't really providing the expected stabilizing feedback," Taylor said. "The fact that you are melting sea ice and uncovering more ocean and the fact that clouds don't increase during summer means that they are not buffering or reducing the rate of the warming, which implies the Arctic could warm faster than climate models suggest."

Clouds are a two-edged sword when it comes to climate change. They have both cooling and warming effects not just in the Arctic but across the entire planet. During the day, white and bright clouds reflect part of the sunlight hitting the planet back into space. At night, however, they act as a blanket that doesn't completely allow day-accumulated heat to escape into space.

This "blanket" mechanism is evident in just about any place on Earth.

"If you think about cold winter nights, normally the coldest ones we get have clear skies," Taylor said. "But if you have winter nights that actually have clouds, those tend to be a little warmer."

In the Arctic, this warming effect of clouds could influence sea ice during fall and winter, when the sun disappears for months and darker skies overlie oceans and land that spent an entire summer absorbing sunlight.

Although further research needs to be conducted, Taylor said the increased clouds he observed in the fall seasons could slow down the process of refreezing sea ice through the winter. Slow refreezing could translate into summers with less and thinner sea ice — something NASA satellites have already detected.

It's a feedback loop.

"That's what my results imply," Taylor said. "More clouds in the fall may delay or slow down the refreezing of sea ice, and that can lead to a thinner or more susceptible ice pack that will melt more quickly when spring and summer come around."

Taylor also said one thing that is becoming more evident, thanks in part to his research, is that sea ice isn't controlling cloud behavior in the Arctic as much as previously thought. His study shows that different meteorological conditions like temperature, humidity and winds may be influencing Arctic clouds almost 10 times more than sea ice.

"That seems to be the reason we found more of a cloud response in fall but not in summer," he said. "We knew going in that meteorology was likely going to be important, but we were surprised it was so important."

Previous research on sea ice and cloud dynamics in the Arctic studied relationships between monthly averaged sea ice and clouds. Looking at the same months over several years, for example, they analyzed whether an area showed increases or decreases in clouds given its sea ice concentrations.

Taylor's study involved a more detailed approach gathering satellite imagery within shorter time spans and sorted them out by what he called atmospheric state regimes. In other words, he classified images of clouds and sea ice over the Arctic depending on whether conditions included certain amounts of humidity, temperature, or wind patterns.

Taylor said the study's design is very much like a preschool sorting activity, where teachers ask children to sort colored blocks into their respective color bins.

"It's really just a fancy way of sorting," he said. "The difference is that we are using atmospheric states and sea ice concentrations—not colors—and saying, 'this cloud is in this environment, so which bin should it go to?'"

Taylor is now trying to find out what's the implication of his results to Arctic energy budget and surface temperature, which are important factors to consider when simulating the future of Arctic sea ice.

"We found some cloud changes in the fall and some responses of clouds to sea ice, so the next question is: How important are they?" he said.

"These measurements have been invaluable to the study of Arctic clouds because for the first time we know for sure how much cloud cover is there and how high clouds are located," Taylor said. "We've been kind of flying in the dark for a long time when it comes to observing Arctic clouds."