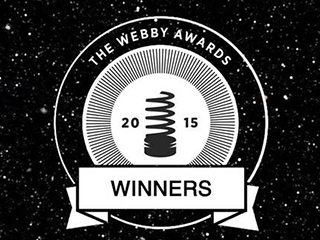 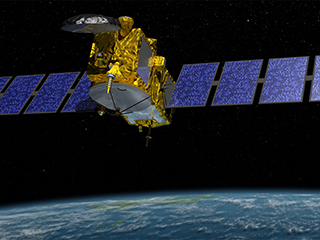 SMAP launched Jan. 31 on a minimum three-year mission to map global soil moisture and detect whether soils are frozen or thawed. The mission will help scientists understand the links among Earth's water, energy and carbon cycles; help reduce uncertainties in predicting weather and climate; and enhance our ability to monitor and predict natural hazards such as floods and droughts.

In late March, mission controllers at NASA's Jet Propulsion Laboratory in Pasadena, California, successfully spun SMAP's 20-foot-wide (6-meter) antenna up to its full speed of 14.6 revolutions per minute in a two-step process. SMAP's spinning antenna makes cone-shaped scans across Earth’s surface, measuring a 620-mile-wide (1,000-kilometer) swath of the ground as it flies above Earth from pole to pole at an altitude of 426 miles (685 kilometers). The wide swath width and polar orbit allow SMAP to map the entire globe with high-resolution radar data every two to three days.

With its spin-up activities complete, the observatory's radar and radiometer instruments were powered on from March 31 to April 3 in a test designed to verify the pointing accuracy of the antenna and the overall performance of the radar and radiometer instruments. The radar data acquired from the test have been processed to generate data products with a spatial resolution of about 19 miles (30 kilometers). The first full global maps produced during the test are online at:

SMAP's radar, operating at 1.2 gigahertz, works by transmitting microwave pulses to the ground and receiving and measuring the strength of the signals that bounce back from Earth, called backscatter. Water — including water in soil — responds differently than dry soil does to microwaves. Water changes the strength of backscatter and microwaves’ polarization (the orientation of the electrical field of the microwaves). Therefore, backscatter from soil containing more moisture is stronger and is polarized differently than backscatter from drier soil. The extent of this difference allows scientists to distinguish the amount of moisture present in the soil. SMAP’s radar emits pulses with two different polarizations, horizontal and vertical, to make a more complete measurement of this effect.

Like the radar, SMAP’s radiometer detects differences in microwaves caused by water in soil; but it measures Earth’s natural microwave emissions at the frequency of 1.4 gigahertz. Around the globe, the most striking difference in these natural emissions is between water and land surfaces. A desert emits microwaves at about three times the rate a lake does. Because the difference is so large, even a small amount of moisture in soil causes a change that a radiometer can measure accurately.

The SMAP mission is required to produce high-resolution maps of global soil moisture and detect whether soils are frozen or thawed. SMAP's radar has two data acquisition functions: one for synthetic aperture radar (SAR) processing to produce radar measurements at a spatial resolution of 0.6 to 1.9 miles (1 to 3 kilometers), and another for low-resolution processing to produce radar measurements at a spatial resolution of 19 miles (30 kilometers). The SAR function will be used over land surfaces and coastal oceans during routine science operations, while low-resolution processing will be exercised over land as well as over global ocean areas. Since the SAR function was only turned on for limited durations during the test from March 31 to April 3, mission scientists did not obtain enough SAR data to produce global high-resolution maps. SMAP has now begun conducting regular SAR observations that will enable high-resolution global mapping of land surfaces about every two to three days.

Scientists will combine measurements from SMAP's radar and radiometer sensors to capitalize on the strengths of each and work around their weaknesses. The radar alone can produce a soil moisture measurement with a spatial resolution of about 1.9 miles (3 kilometers), but the measurement itself is less accurate than the one made by the radiometer. The radiometer alone achieves a highly accurate observation of soil moisture but with a much poorer spatial resolution of about 25 miles (40 kilometers). By combining these separate measurements through advanced data processing, SMAP will provide the user community with a combined soil moisture measurement that has high accuracy and a resolution of 5.6 miles (9 kilometers). The advanced processing required to combine these active and passive measurements is now being functionally checked out, and is the last step in SMAP's postlaunch checkout process. SMAP will offer the individual radar and radiometer data, among other data products.

For more information on SMAP, visit:

• Its antenna now spinning at full speed, the SMAP observatory has successfully tested its science instruments and produced its first global maps.

• The mission is expected to begin full science operations in May.