Each year, four international science institutions compile temperature data from thousands of stations around the world and make independent judgments about whether the year was warmer or cooler than average. “The official records vary slightly because of subtle differences in the way we analyze the data,” said Reto Ruedy, climate scientist at NASA’s Goddard Institute for Space Studies. “But they also agree extraordinarily well.”

All four records show peaks and valleys in sync with each other. All show rapid warming in the past few decades. All show the last decade has been the warmest on record.

Carbon dioxide is the main heat-trapping greenhouse gas that humans emit. How much do you know about it and its impact on global warming and climate change? 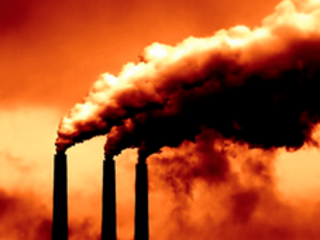 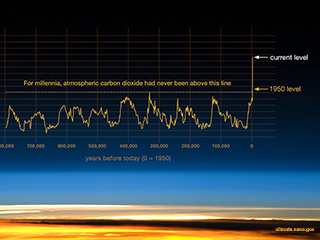 Video: Greenland ice loss 2002-2016
Video: Scientists combined an array of NASA satellite observations of Earth with data on human activities to map locations where freshwater is changing around the globe and why.

Video: For 15 years, GRACE tracked freshwater movements around the world
Video: Southern Hemisphere ozone between July 1 and December 31 for selected years between 1979 and 2018. 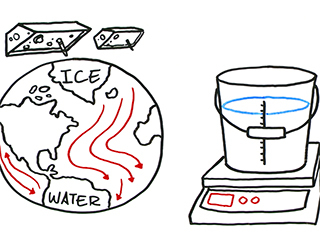 Balanza en el cielo
The basics of sea level rise, expressed in everyday terms, and what it means for those on the coast.

Graphic: The IPCC's four key findings
How much do you know about glaciers and ice caps? 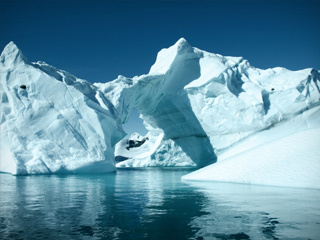 Quiz: Ice and glaciers
The past decade has been the hottest ever recorded since global temperature records began 150 years ago. This video discusses the impacts of the sun's energy, Earth's reflectance and greenhouse gasses on global warming.

Graphic: Another day at the office
This video shows the accumulation of atmospheric carbon dioxide (CO2) during a single calendar year. 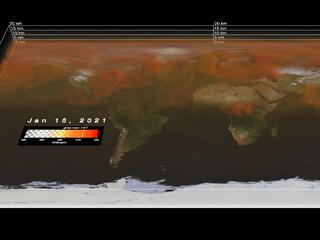 Global Carbon Dioxide: 2020-2021
This visualization shows total sea level change between 1992 and 2019, based on data collected from the TOPEX/Poseidon, Jason-1, Jason-2, and Jason-3 satellites. 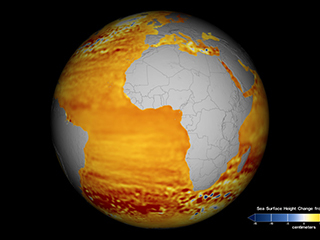 Video: 27-Year Sea Level Rise
This animation shows the movement of carbon dioxide between the air and sea with the help of ocean surface winds from Jan. 3, 2012 to Aug. 15, 2012. 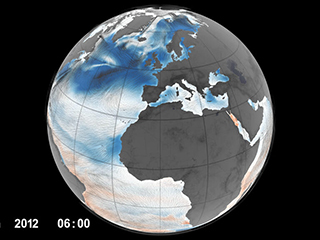 Video: Movement of Carbon Dioxide Between the Air and Sea
Ice covers 10 percent of Earth's surface and helps moderate the planet's temperature. Glaciers and ice sheets around the world are melting at an alarming rate. By keeping an eye on Earth's ice from space, NASA satellites help us understand the global effects of climate change. 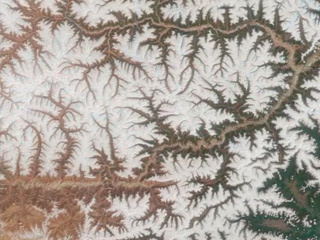 Video: Frozen Earth
Test your knowledge of sea level rise and its effect on global populations.

Video: How global warming stacks up
Animation showing changes in Antarctic ice mass since 2002 based on satellite data. 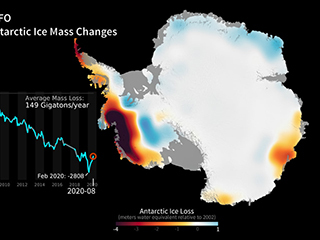 Video: Antarctic Ice Mass Loss 2002-2020
Perhaps the most impressive of cloud formations, cumulonimbus (from the Latin for “pile” and “rain cloud”) clouds form due to vigorous convection (rising and overturning) of warm, moist and unstable air. Surface air is warmed by the sun-heated ground surface and rises; if sufficient atmospheric moisture is present, water droplets will condense as the air mass encounters cooler air at higher altitudes. The air mass itself also expands and cools as it rises due to decreasing atmospheric pressure, a process known as adiabatic cooling. This type of convection is common in tropical latitudes year-round and during the summer season at higher latitudes. As water in the rising air mass condenses and changes from a gas to a liquid state, it releases energy to its surroundings, further heating the surrounding air and leading to more convection and rising of the cloud mass to higher altitudes. This leads to the characteristic vertical “towers” associated with cumulonimbus clouds, an excellent example of which is visible in this astronaut photograph. If enough moisture is present to condense and heat the cloud mass through several convective cycles, a tower can rise to altitudes of approximately 10 kilometers at high latitudes and to 20 kilometers in the tropics before encountering a region of the atmosphere known as the tropopause—the boundary between the troposphere and the stratosphere. The tropopause is characterized by a strong temperature inversion. Beyond the tropopause, the air no longer gets colder as altitude increases. The tropopause halts further upward motion of the cloud mass. The cloud tops flatten and spread into an anvil shape, as illustrated by this astronaut photograph. The photo was taken from a viewpoint that was at an angle from the vertical, rather than looking straight down towards the Earth’s surface. The image, taken while the International Space Station was located over western Africa near the Senegal-Mali border, shows a fully formed anvil cloud with numerous smaller cumulonimbus towers rising near it. The high energy levels of these storm systems typically make them hazardous due to associated heavy precipitation, lightning, high wind speeds and possible tornadoes. 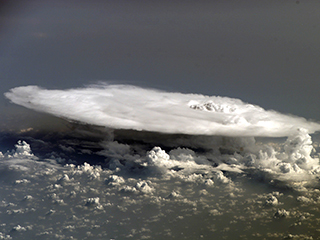 Cumulonimbus cloud over Africa
This image shows a spinning formation of ice, clouds and low-lying fog off the eastern coast of Greenland. This image was acquired by the Landsat 7 satellite on May 14, 2001. This is a false-color composite image made using infrared, red and green wavelengths.